North Texas deputies discovered four young children in a “state of neglect,” apparently malnourished and covered in feces and urine, living in an outbuilding in rural Wise County Tuesday. Two of the children, deputies say, were being held inside a small locked dog kennel. Their mother and the father to one of the four children, now face child endangerment charges.

Deputies were called to a domestic incident at a residence described by sheriff’s deputies as a metal, shop-type outbuilding near County Road 4655 at about 7:15 a.m. 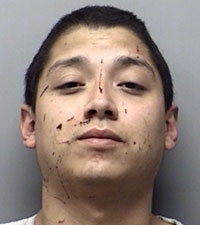 First responders arrived to find a man, identified by police as 24-year-old Andrew Joseph Fabila, with minor injuries to his face. While talking with Fabilia and his partner, 24-year-old Paige Harkings, deputies reported hearing the voices of children coming from a makeshift living space inside the outbuilding.

The older two were found locked in a single, wired, 3-by-3 foot dog kennel, one on a blanket and another on a small toddler bed; the other two were only partially clothed and all of the children were unkempt and in a “state of neglect.”

This is at the top of the list of worst cases, as far as children.Craig Johnson, Chief Deputy, Wise County Sheriff’s Department

“Locking a child, any time, in a dog crate is unacceptable. When you find them in the state they were found today, covered in fecal material, no food readily available to them, didn’t appear to have been cared for. It’s unacceptable. It’s bad,” Johnson said.

Wise County Sheriff Lane Akin said when deputies found them, all of the children were hungry and thirsty and that “there was plenty of food inside the barn but the refrigerator and the cabinets had been locked so the kids could not get in to get food.”

“There was a refrigerator in the residence, but it had three straps on it that served as locking devices to keep people out. In dealing with children … they were positioned in a manner where those small children would not have access,” Johnson said.

I’ve not worked one where children are locked inside a dog kennel, and I find that absolutely disgusting.Lane Akin, Wise County Sheriff

All of the children, believed to be small for their ages and malnourished, are being evaluated by doctors at Cook Children’s Hospital in Fort Worth. Investigators said the children all share the same mother and that the injured man at the building is the father to only one of them. 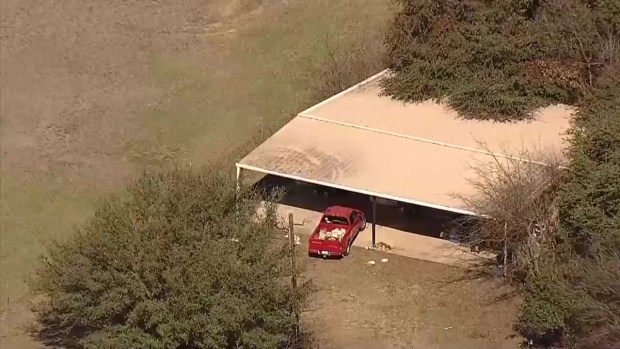 Fabila and Harkings are headed to the Wise County Jail, each facing four counts of child endangerment. She also has been charged with aggravated assault causing serious bodily injury. A bond amount has not been set and it’s not clear if either Fabila or Harkings have obtained an attorney.

Neighbors told NBC 5 that they didn’t know any children were living in the space and that the man and woman had only begun using the space a couple of weeks ago.

Child Protective Services confirmed to NBC 5 they have had previous contact with the parents at a different address and that they’re investigating this latest incident. At this time, the children are not in state custody.

Johnson said he had no immediate knowledge of his department having previous contact with the family. 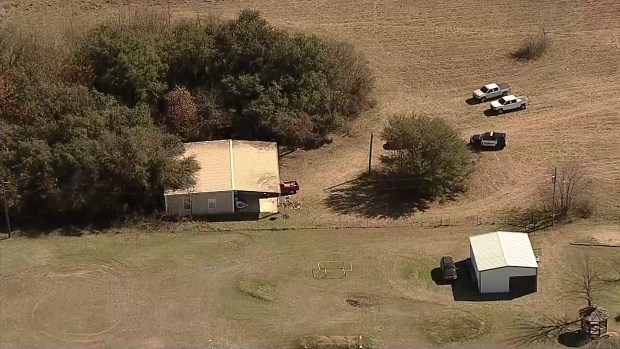