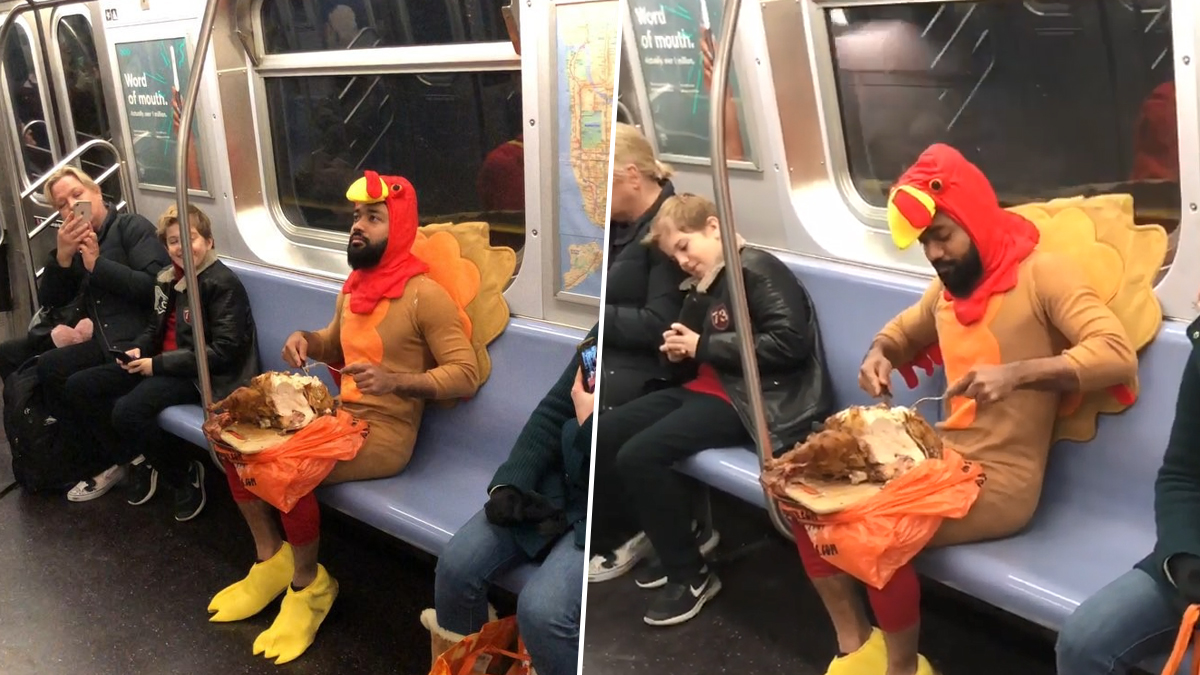 If you’re going to pull a prank on the subway on Thanksgiving, you might as well do it in a turkey suit.

That’s exactly what popular New York City Instagrammers @princezee and @MrNYCSubway did Thursday in honor of the holiday.

In videos posted to both of their accounts, @princezee can be seen carving and gobbling up a turkey in a turkey costume as amused straphangers look on and take video.

The stunt comes just days after @MrNYCSubway — which is run by photographer Dre Verrios — posted images of a partially nude man painted to blend in with a G Train.