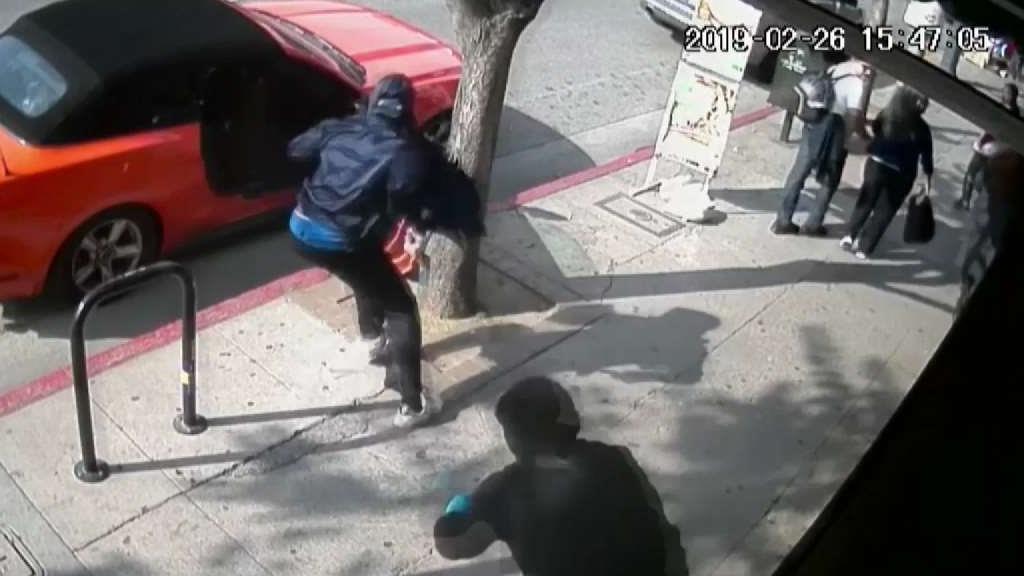 Los Angeles police are trying to determine whether a ring of thieves is operating together, targeting jewelry stores in Chinatown following three robberies in the area on Tuesday.

“It was just really weird,” said Ta. “It was like the wild wild west in Chinatown.”

Surveillance video shows two men inside the store asking to look at 24-karat gold chains. When one of them, who police identify as 19-year-old Gerald Roberts, grabs a $10,000 chain and runs out of the store, where he was quickly arrested.

“We just got lucky,” Ta said. “There were police on patrol and they saw one of the guys run across the street.”

Police were still looking for the second suspect in a gray hoodie. Several hours later, a different man came in dressed in Dodgers gear with a badge and handcuffs clipped to his belt, pretending to be an undercover police detective investigating the robbery.

“He was just asking information like if we could identify the suspect who stole the chain,” Ta said. “I said, ‘Yes, I could.'”

Around 3 p.m. at the His and Hers jewelry store around the corner, two men got out of an orange Ford Mustang armed with a semi-automatic rifle and hammer, apparently intent on robbing the store, but run away after the owner spotted them and locked the door.

That same store was robbed in November in a dramatic smash- and-grab that was caught on surveillance video. Those men are still on the loose and police are investigating whether all the crimes are related.

Since the first robbery in November, some of the jewelry store owners have put in expensive locks and cameras and some are now carrying guns. LA police have also increased patrols.