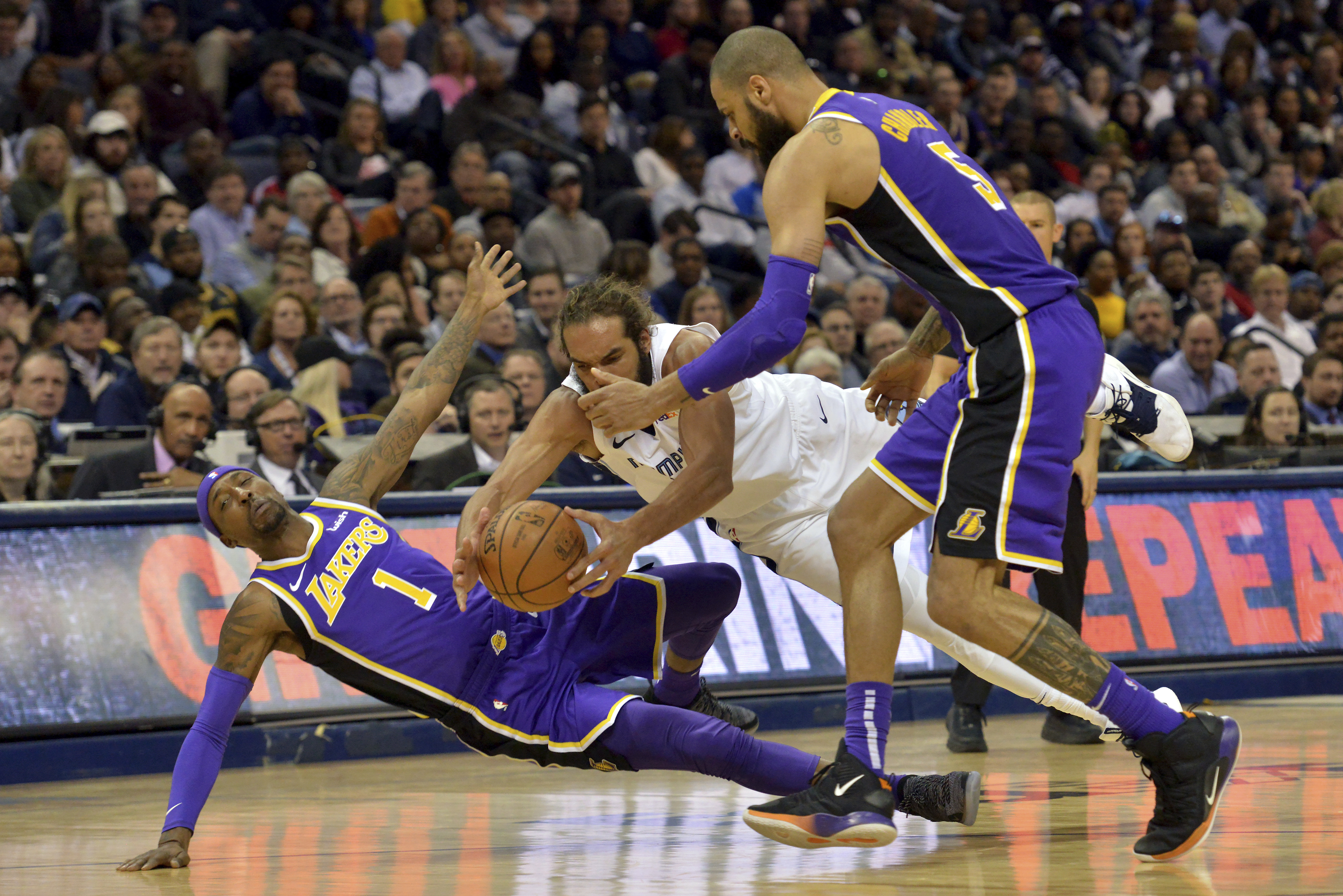 Without a sense of urgency desire loses its value.

Mike Conley Jr. had 30 points and the Memphis Grizzlies handed the Los Angeles Lakers their second consecutive loss to a non-playoff team, 110-105, on Monday night at FedEx Forum.

Prior to the game, Lakers forward LeBron James, questioned his team’s sense of urgency after an uninspiring loss to the plucky New Orleans Pelicans, 128-115, on Saturday night.

“Sometimes we’re afraid to be uncomfortable and kind of get out of our comfort zone and kind of, you know, have that sense of urgency from the jump, and not be afraid to actually go out and fail to succeed,” James said after the loss in New Orleans.

The Lakers had the perfect opponent to hit the reset button in the minnow Memphis Grizzlies (23-38), but once again L.A.’s defense was lackluster against the NBA’s lowest scoring team.

“Obviously we have to be a little bit more sound on the defensive end,” James told reporters after the game. “We got timely stops, but we didn’t shoot the ball particularly well today. It just wasn’t on our side to win.”

The Grizzlies average just 99 points per game on the season, but started off on fire in the first half, scoring 61 points in the first two quarters to jump out to a 61-56 lead at the break.

The Lakers picked up their defensive intensity in the second half, but their offense disappeared, especially late in the game, as Los Angeles was unable to climb out of their early hole to overcome the Grizzlies who never trailed after the first quarter.

In just his fourth game with the Grizzlies, Jonas Valanciunas, had 20 points and 13 rebounds in just 24 minutes. Former Clippers guard Avery Bradley had 15 points, and veteran Joakim Noah had 14 points and 12 rebounds off the bench.

Los Angeles had no answers for Mike Conley Jr., who led Memphis with 30 points, five assists and three three-pointers.

“He’s been an anchor of this franchise for a long time and showed tonight why,” James said of Conley. “You know what you’re going to get out of him every night.”

Brandon Ingram led the Lakers for the second straight contest with a game-high 32 points, and LeBron James recorded another triple-double with 24 points, 12 rebounds and 11 assists.

“I’m just making shots now,” Ingram told the meadia of his offensive explosion the last three games. I need to continue to repeat everything I do in my daily routine and come in here with the confidence to make free throws and being confident everywhere, but I don’t think my game matters at all if we don’t get the win.”

“He’s just been in the zone,” James said of Ingram. “Whatever it is, he needs to stay there.”

The Lakers bench was outscored 33 to 7 and outrebounded 57 to 46 in the loss.

Through the first 22 minutes of the game, the Lakers were outrebounded on the offensive glass, eight to zero, but finished with 10 offensive boards to the Grizzlies 15.

Los Angeles was looking to flip the switch as they head into the stretch run of the season and make a last-ditch playoff push.

Meanwhile, Memphis had abandoned their playoff hopes long ago, after losing four straight games before tonight.

The loss drops the Lakers into a tie for 11th place in the Western Conference and they are currently 3.5 games behind the Los Angeles Clippers for the eighth and final playoff spot.

“We just have to stay positive and keep knocking on the door,” said James who passed Andre Miller during the game for 10th on the all-time career assists list with 8,525 and counting. “I feel like if we play like we did tonight and get a consistent effort, then we’ll get over the hump as we make this push. This is a tough loss.”

Lakers’ head coach Luke Walton agreed with James that it was a tough loss, but he seemingly says that after every loss these days.

“Tough loss, but I was pleased with the effort and togetherness of our group tonight,” Walton told reporters. “Offensively, we weren’t coming down and making the plays we had to win on the road.”

Lonzo Ball (right ankle) remained out for the Lakers. Chandler Parsons has played the last three games for the Grizzlies after missing most of the season with a recurring knee injury.

The Lakers will hope home court advantage will be the cure for what ails them as they host the New Orleans Pelicans on Wednesday night at Staples Center.