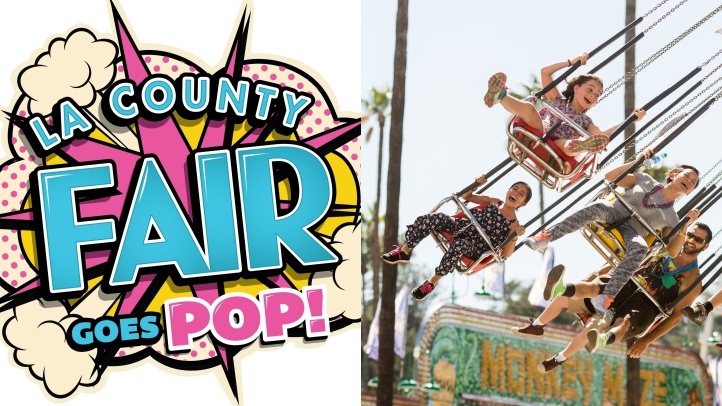 We’re not planning on buttering you up, or getting salty, but when we say that county fairs can be delightfully corny, and even boast a little pop pizzazz, we’re simply getting to a kernel of truth.

Which is this: Even if you’re not munching a box of freshly popped snacks while you stroll a colorful midway, you are sensing the effervescence in the air, a sort of pop-pop-pop vibe that comes naturally to county fairs.

True, the sizable Pomona spectacular is still several months away — Aug. 30 through Sept. 22 are the 2019 dates — but the get-excited lead-up to what’s called the country’s largest county fair begins early.

As in, early February: The fair announced its well-salted new theme on Tuesday, Feb. 5.

But there’s something to keep in mind, far sooner than summertime, for the fair’s popular boxes, which contain tickets and more fan-fun stuff, go on sale, for three short weeks, on March 1.

As for the pop’d-out theme?

Popular culture will be a focus (so, nope, it isn’t all popcorn, though you can bet you’ll see plenty of that).

Look for the late-summer lark to pay homage to “LA’s movies, music, art, and architecture,” as well as other touchstones that speak to other elements of pop culturedom.

Also certain make your spirit soar, er, pop? Prices will not be raised this year, says the fair, and those sought-after $6.60 meals will return (they were introduced as part of the 2018 theme, which honored Route 66).

Need more? Pop by the LA County Fair site for a look at this summertime must-do, an extravaganza which will turn 100 in just a few short years.