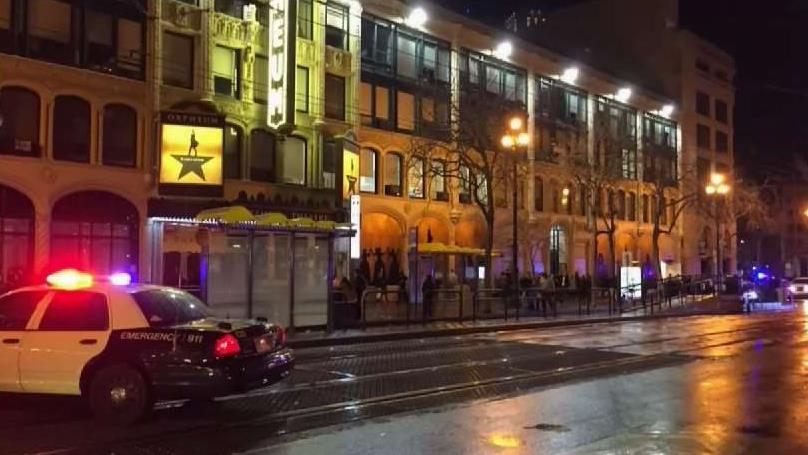 What audience members thought was an active shooter ended up being a medical emergency, officials said.

People reportedly heard there was someone with a gun inside the theater and started screaming, leading others into a panic, running out of the theater and sending the “Hamilton” cast backstage.

“There was no one with a gun, there were no shots fired, at the end it was a medical emergency,” said San Francisco Police Captain Renee Pagano.

A boy reportedly had a seizure at the same time there was a gunshot sound coming from the play, confusing the crowd.

In a separate incident, someone else in the crowd had a heart attack and emergency personnel had to use an automated external defibrillator, triggering an alarm and resulting in confusion and the rapid exit of people from the theater, according to the San Francisco Fire Department.

The heart attack victim is in critical condition.

Two others had to be transported to the hospital with injuries to the head and leg but are expected to be okay.