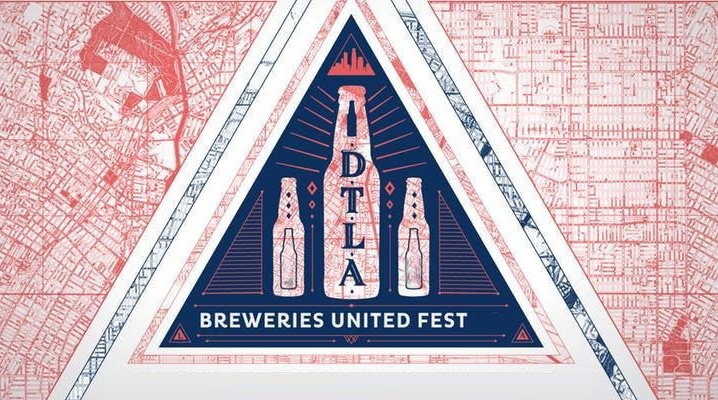 It isn’t often that you hear that “100% of the proceeds” will go to a great organization, but it does happen, and when it happens, the heart gladdens.

Also gladdening? When a community of craftspeople gathers together, each year, to not only meet their fans, and share what they’ve been working on, but to also donate 100% of the proceeds from the event to an excellent cause.

And that will happen again, on Sunday, Jan. 20, when nearly a dozen breweries, all centered in or near downtown, meet up at the Triangle Lot at 224 Rose Street, to raise money for the Cystic Fibrosis Foundation.

It’s the DTLA Breweries United Fest, a hopsy happening that will feature both “limited edition and specialty wood/barrel-aged beers” from the close-by brewhouses, as well as other “local libations.”

On the participants roster?

Mumford Brewing, Iron Triangle Brewing, Highland Park Brewery, and several others. If you’ve been to all of the downtown breweries in your time, cool, but if you haven’t, consider this a fine ‘n foamy festivity, one that will give you a wider breadth of the DTLA brew scene.

And on the nibbling/noshing end of the noon to 4 o’clock fundraiser? Pearl’s BBQ is making a showing, so come for lunch, or a suds-complementing snack.