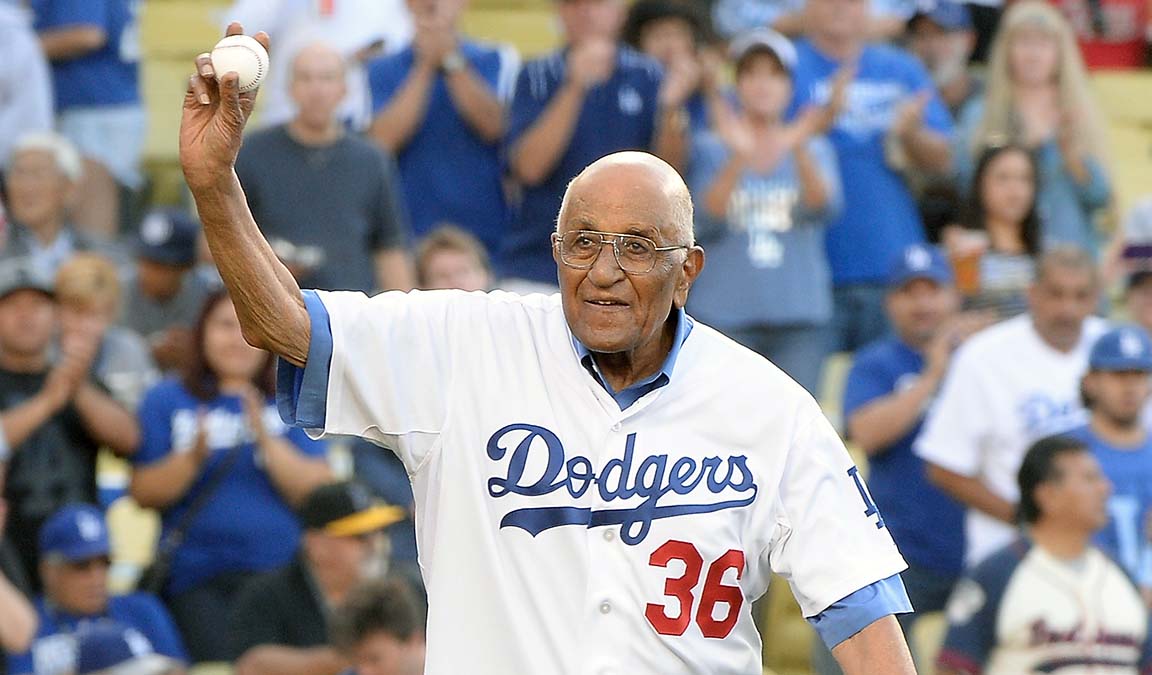 Cy Young Award-winning pitcher Don Newcombe, considered one of the all-time great Dodgers and one of the team’s final links to Brooklyn, died at age 92, the team announced Tuesday.

Newcombe pitched for 10 seasons, mostly for the Brooklyn and Los Angeles Dodgers. He won both the Cy Young and National League Most Valuable Player awards in 1956.

Born in New Jersey, Newcombe represents one of the franchise’s final links to its years in Brooklyn.

“Don Newcombe’s presence and life established him as a role model for major leaguers across the country,” said Dodgers President Stan Kasten. “He was a constant presence at Dodger Stadium and players always gravitated to him for his endless advice and leadership. The Dodgers meant everything to him and we are all fortunate he was part of our lives.”

Newcombe joined the Brooklyn Dodgers in 1949, winning 17 games en route to a Rookie of the Year award as he helped lead the team to the National League pennant. His pitching career was interrupted by military service for two years, when he served in the Korea in 1952-53. He returned to the Dodgers in 1954. Two years later, he won the Cy Young Award and was named National League MVP.

He remained with the Dodgers until 1958, then ended his career with stints in Cincinnati and Cleveland.

He is survived by his wife, Karen; children Don Newcombe Jr., Kelly Roxanne Newcombe and Brett Anthony Newcombe; and grandchildren Cayman and Riann.