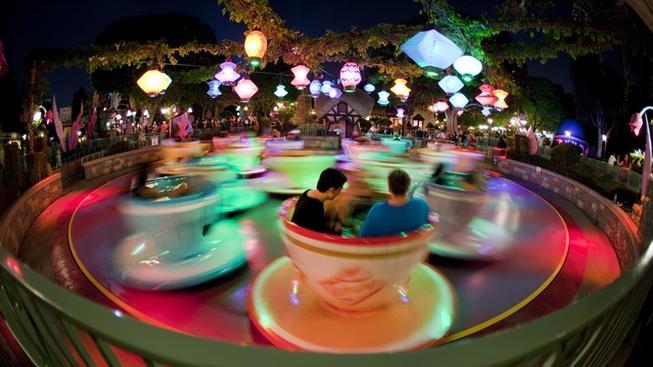 Following through on what you want to do once you’ve reached The Happiest Place on Earth?

You know you must, whether that means heading straight for Peter Pan’s Flight first thing in the morning, to be near the front of the line, or zooming for Blue Bayou, to make those all-important lunch reservations.

For while a day at Disneyland Park can include elements of relaxation, getting to enjoy your favorite attractions, foods, and experiences does take a bit of planning and jump-to-it decision-makery.

Such is also the case with the still-new and exceedingly popular Disneyland After Dark nights, which debuted at the Anaheim theme park in early 2018.

These specially ticketed nights rock a theme, and that festive focus is found in the character meet-and-greets, the photo opportunities, the fun foodstuffs for sale, and the take-home commemorative items.

Which is also to say this, additionally: Preparing to buy that ticket, for the next time a Disneyland After Dark event is announced, is as smart as lining up where you’ll meet your friends, if they went to ride Pirates while you watched the parade.

Sweethearts’ Nite, of course, has a Valentine’s vibe, and “iconic Disney couples” will be a tender element of the evening.

And will the snapshot settings including the boat scene from “Tangled,” with all the lanterns?

Highlights of 90s Nite, in March, will include a special fireworks show, one that’ll pay tribute to the decade before last, and character sightings from some true Disney favorites of the era.

Fans, in short, are loving these after-sundown, spotlight-special soirées, which do indeed put a spotlight on a time or a theme that works well with the Disneyverse.

Which is, of course, almost as large as the actual universe, or seemingly so, so you can bet more of these Disneyland After Dark events will pop up on the theme park’s calendar.

Just be ready to buy that ticket, fast, in the way that you’ve always got your pose ready for your Space Mountain picture, and your order ready at the Tiki Juice Bar, and your greeting ready, should you meet a character out along Main Street, and you know, ahead of time, which pin you’re ready to trade.

Spontaneity is sweet at Disneyland, but so is the ability to spring into action, Tigger-style, like you’ve got some serious boing in your tail.