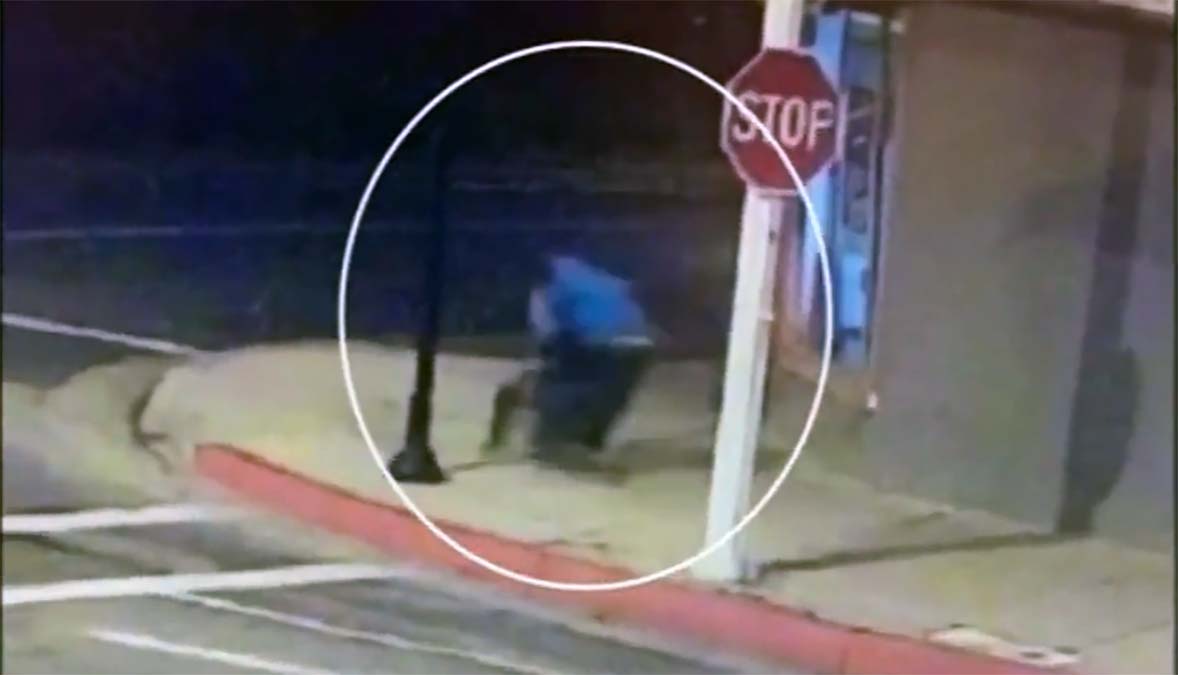 A security camera captured a chilling attack Sunday night in front of an El Monte restaurant.

The 18-year-old woman was tackled by a man on Tyler Avenue near the 10 Freeway. Security camera video from across the street showed the man walk past the woman on the sidewalk, then turn around to tackle her from behind.

The woman fought back, fighting off her attacker after he pulled her to the ground in a sexual assault attempt, police said. A camera from inside the restaurant showed both the attacker and his car.

“It gave me chills just watching him pull her,” said restaurant owner Bryan Nyguyen. “I don’t know what his game plan was. Maybe pull her in the car? I’m glad she fought him off. She’s a really strong person to get away from that because he was a big dude.”

Neighbors called 911 when they heard her screams for help.

No arrests were reported early Tuesday. The attacker was wearing a long sleeve light-blue shirt. He left the scene in a compact white car.

“It’s scary,” Nguyen said. “Someone like that needs to be caught.”