“Tom Cruise and the cast were nothing but gracious and professional during filming to all of the sailors,” the official told NBC 7.

At the captain’s “all hands on deck” call Friday, Cruise took the microphone and personally thanked the crew for their support of the film, the official said.

“Some sailors may have misinterpreted guidance from the Navy that told sailors to not approach actors while filming and not use cell phones on the set,” the official said.

Earlier, a servicemember told NBC 7 that Tom Cruise allegedly told servicemembers on the Roosevelt not to look at or touch him. The person asked not to be named because they were not authorized to speak publicly on the matter.

Officials with Naval Air Forces, however, dispute that claim.

A Navy master chief told NBC 7 servicemembers were directed to “respect” Cruise and his crew during the movie’s filming and that he doesn’t believe this was an issue.

He also said the Navy “does not tolerate any disrespect to its members” and the Navy “wouldn’t allow” Cruise to treat staff poorly.

Navy escorts who accompanied Cruise during the shoot said, “At no time did Tom Cruise say to a sailor, ‘Do not look at me. Do not touch me.’”

The allegations that Cruise mistreated servicemembers started on Reddit and were shared on an anti-Scientology website, the Scientology Money Project. Posts on social media, such as Twitter, also have servicemembers alleging other incidents with the actor.

NBC 7 reached out to Cruise’s publicist for comment but has not received a reply. 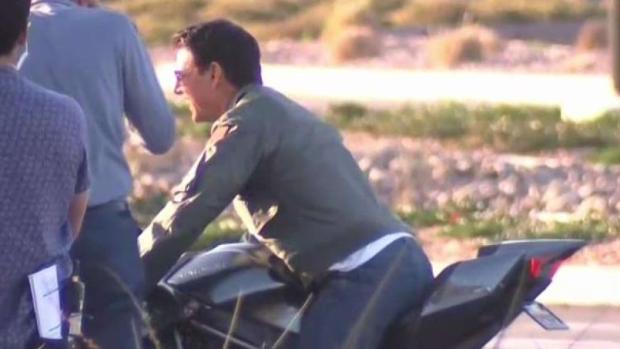 The sequel to Top Gun is scheduled for release in July.

This story was originally published Sunday with one source claiming Tom Cruise mistreated servicemembers on USS Theodore Roosevelt during the filming of Top Gun 2.

Navy officials reached out to NBC 7 after the story was published to give their accounts of events.